The former "St. Pöltner Stadtsäle" incorporated in the Cityhotel D&C can look back on a long history.

1895: The main building of the Stadtsäle is constructed in the Late Historic style according to the plans of municipal architect Richard Frauenfeld for the "k.k. priv. Schützenkompanie". The single-storey banqueting wing adjoining to the north is a remnant of the "Bürgerliche Schießstätte" erected in 1882, which the Schießstattring street is named after. This is followed by an annex in 1900.

1907: The building is bought by the City of St. Pölten and adapted as an event venue.

1945-1955: The occupying Soviet force uses the building as an arts and leisure centre.

1956-1959: The south foyer is completed and the interior is remodelled, during which the architects Paul Pfaffenbichler and R. Pfoser give the Festsäle their look, which remains unchanged to the present day.

1967/1968: The Stadtsäle are restored again. They then develop into a popular location for balls, concerts, and social events.

2010: The Family Mangold buys the Stadtsäle complex from the city of St. Pölten and incorporates it into the Cityhotel D&C. The listed "Stadtsaal" and the "Weiße Salon" are restored, and the glamour of the 1960s is revived in these areas. 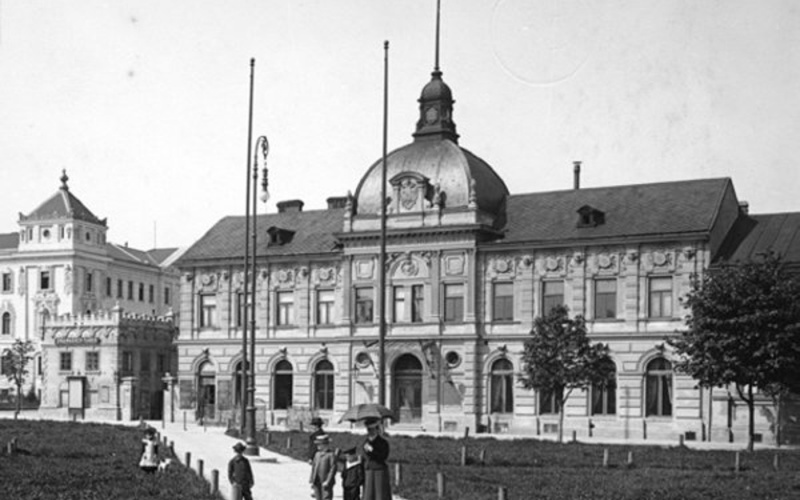